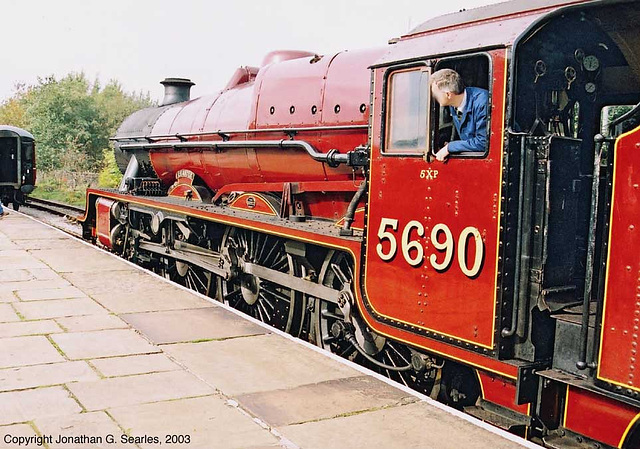 I had caught up to the then-newly-restored LMS Jubilee Class "Leander" at the Return of the Legends train show at Crewe works earlier in 2003, but I only shot Kodachromes then. These shots, while quite brillant in color quality, were actually shot with Jessops Diamond 200, if I'm not mistaken. I got the film for free whenever I developed film with Jessops, so by late 2003 I was shooting quite a bit of it. All of these shots were on the East Lancashire Railway, where Leander eventually ended up in excursion service.
Suggested groups:
Comments