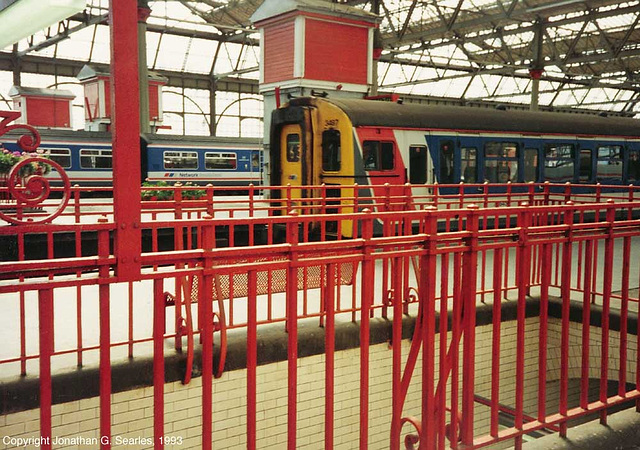 I took this the very first time I watched trains (trainspotted??) in Britain!! It was a very exciting day, as I had never seen so many trains running at once, and doing it so well!! :-) This was during the first year of privatisation, but you couldn't see the negative effects of it at all yet. Most of it was still public-sector, and very clean and well-maintaintained. Waterloo was so spotless that day that it was a little bit hard to believe, and this mind you was without the dreadful experience of privatisation to compare it to. Instead, I was comparing it to Amtrak, which is a way is an even starker contrast when you think about it. These trains are EMUs, although I don't have my books handy to found out exactly which classes. Most of the BR Southern Region EMUs were, of course, a bit hard to tell from one another. If someone with books handy could fill me in I would be very grateful. :-)
Suggested groups:
Comments