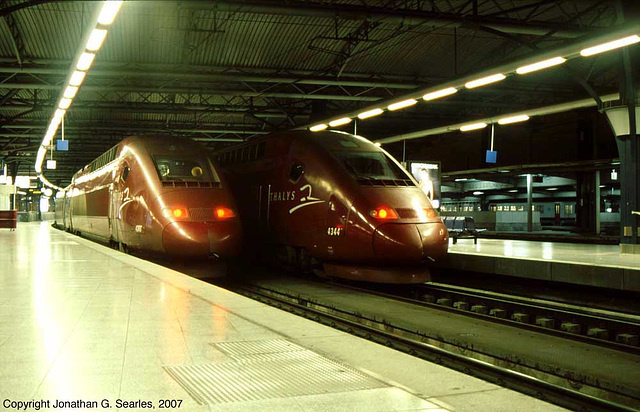 Here's a shot of some of the 2nd-generation Thalys trainsets, which have TGV Duplex (3rd Generation TGV) power units (locomotives). The coaching stock is more or less 2nd Generation single-level TGV, though, not Duplex. I like the old ones better. :-)

Vincent has particularly liked this photo