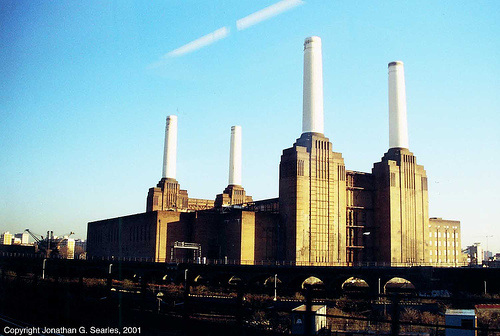 Everybody who's been to London recently has their obligatory Tower, Tower Bridge, Buckingham Palace (except for me), Westminster Abbey, and Houses of Parliament shots, but the coolest one to have, maybe, is one of Battersea Park. Here's mine. :-) The streaks in the sky to the upper left are reflections from the train lighting, as I was on a Gatwick Express unit when I took this, if I'm not mistaken.
Suggested groups:
Comments