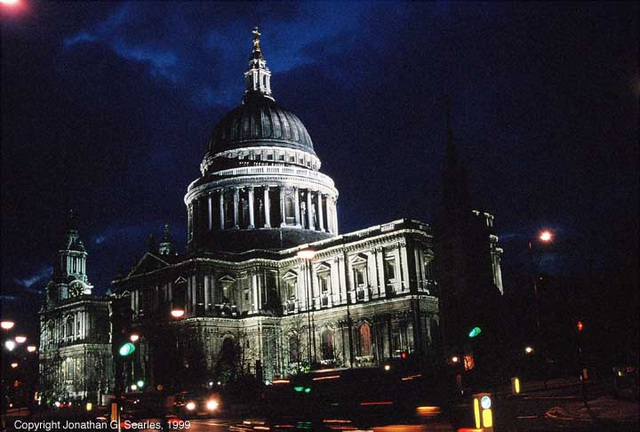 Designed by Sir Christopher Wren to replace the original St. Paul's Cathedral destroyed in the Great London Fire of 1666, although that earlier St. Paul's, built in 1087-1314, had actually been the fourth cathedral to sit on this site and some historians believe that the site has Roman Pagan origins. There was a church built here at least as early as 604 AD, supposedly on an ancient Roman See. In any case, as a photo, this is one of my all-time favorites, and I hope you like it too. This illustrates what a good camera and even better film can do, giving the lie to the claim that the quality of camera doesn't matter. Of course, I like to think there was some skill involved too.... :-) That fuzz in the background is because, regrettably, Ritz ripped me off on the scanning. They even damaged the slide.
Suggested groups:
Comments