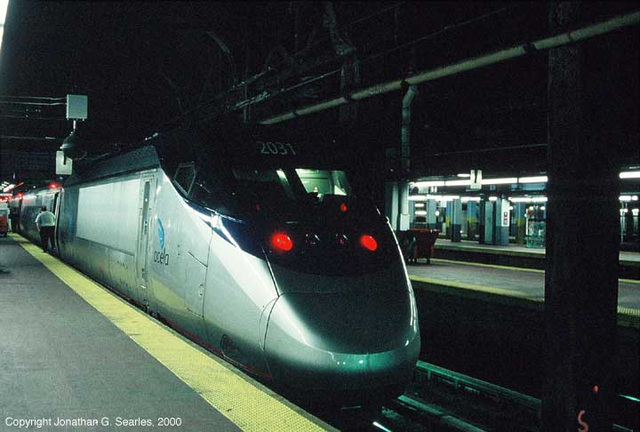 This was my first ever shot of an Amtrak Acela Express high speed tilt train, in this case trailed (notice the markers are lit) by power car (locomotive) #2031. We were over a half hour late, if I'm not mistaken, which was symptomatic of the larger problem of the Acela Express program being scandalously botched. Now, over six years after I took this, it's still a debacle of scandalously bad engineering, management, and substandard performance, and I think that anyone who follows Amtrak (with a clear, unbiased mind) will see the immense incompetence and probably corruption that went into creating this problem. It's also been a scandalous waste of money, not because Amtrak shouldn't get buckets of money right now, but because if the money is to be spent, it should produce quality results. When I took it from Philadelphia to NYP on this particular day, however, it was a fun ride, though. :-)

Hello! I'm a group administrator of Life on Mars. It would be great if you would add this doc to our group. Thank you!
14 years ago. | Permalink