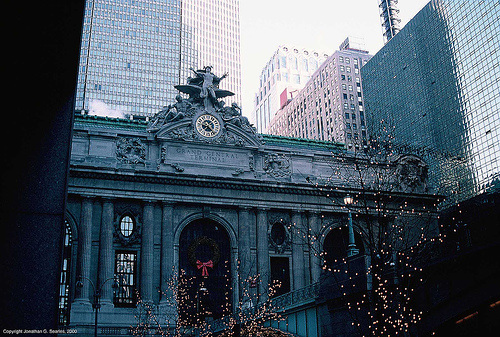 It's not my favorite station in the world, but surely no other station has quite the cred of Grand Central Terminal. It's probably the most famous station in the world, more so than even London King's Cross, London Paddington, Paris Gare de Austerlitz, or any other station that I can think of. Built gradually during the early 1900s to replace an earlier station, it was America's first new all-electric heavy railroad station, necessitated by New York's new (at that time) clean air legislation banning steam locomotives from Manhattan. It's still, unless I'm mistaken, the world's largest station, too, with 42 tracks, although if truth be told much of this capacity is redundant.
Suggested groups:
Comments