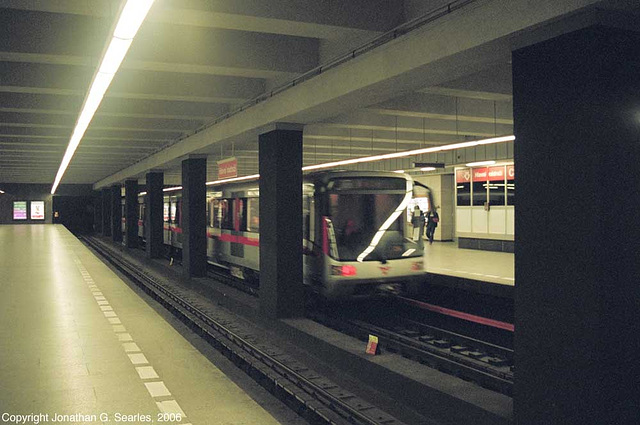 Here's my second-ever shot of the Prague Metro, and my first ever on Flickr!! Hlavni Nadrazi, the main station for Ceske Drahy, or Czech Railways, is served by Metro Line C, which is not only the oldest line (opened in 1972), but oddly the one with the newest trains. Most of these trains are Seimens-built, although some of the earlier ones were built by a consortium of Seimens, Bombardier, and CKD.
Translate into English
Suggested groups:
Comments