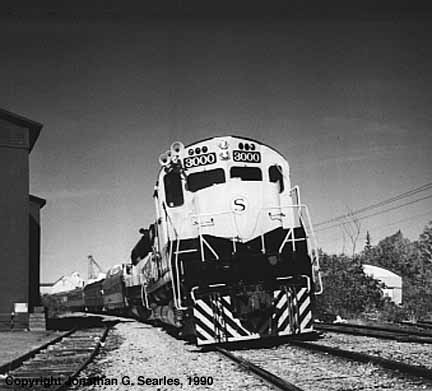 This is my oldest photo on Flickr!! I scanned it with my black and white Caere Omniscan, but it was originally in color, and I have every intention of eventually getting a color scan. I think I already one somewhere, if the drive it was on hasn't been wiped by one thing or another. This was my first National Railway Historical Society excursion while actually a member, and it was sometime in the summer of 1990. We went from Utica, NY to Sherburne, and had a really good time. Notice the dome cars on the train! The locomotive was at that time the last operating ALCO C430, but in reality a few have been bouncing in and out of service, including this one, and they're heavily rebuilt by now, especially this one!!
Suggested groups:
Comments