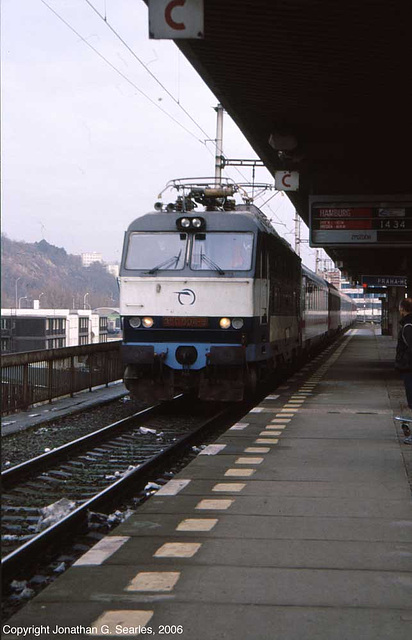 This is the 1434 departure that I was going to take to Berlin, on the first leg of my journey to Cardiff. The train's number was EC172, and was a named Eurocity, "Vindobona." Because it originated in the south, it had a Zeleznicna Spolecnost, or Slovak Railways, Class 350 electric locomotive on the point. In reality, though, it's being worked by a Ceske Drahy crew, and of course is using CD rails. :-)
Suggested groups:
Comments