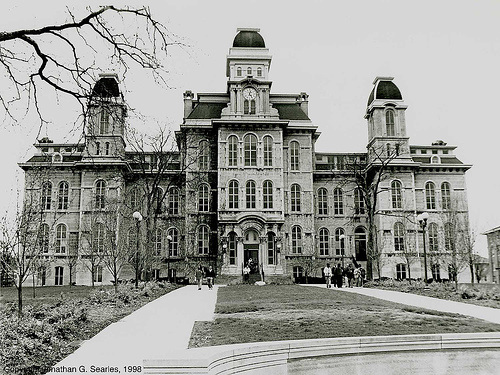 I never went to SU as a student, but when I attended a convention there I was astonished by how much better run the place was than Plattsburgh!! :-) The buildings were also older in many cases, and consequently much prettier. My favorite was the Hall of Languages, and I tried my best to get a good black and white of it, and this is what I got. :-) Built in 1873, it illustrates quite well, I think, how Americans could indeed build a beautiful building in those days if they were serious about it. SU has this to say about it: