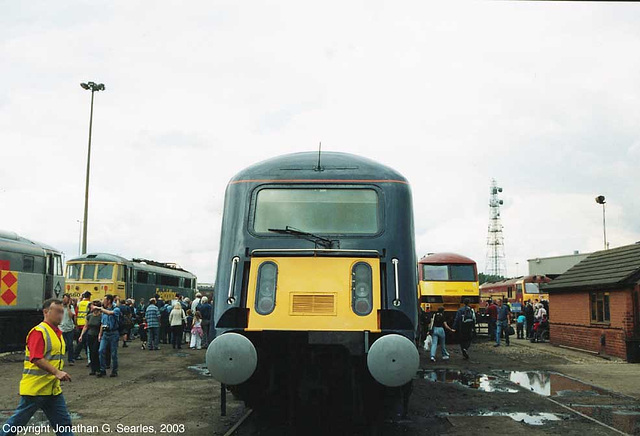 This may raise the eyebrows of some British trainspotters, who are constantly hunting this one-of-a-kind (and quite old, being built by British Railways Engineering in 1987) experimental electric, yet never finding it. The well-informed know that it's usually at Doncaster, working as a stationary power unit rather than a locomotive, although I once spotted it working a service in King's Cross back in 1999. Here it wasn't doing anything, being instead a display during the Doncaster 150 celebrations. The other locomotives around it are interesting, too, even if they're far less rare.
Suggested groups:
Comments