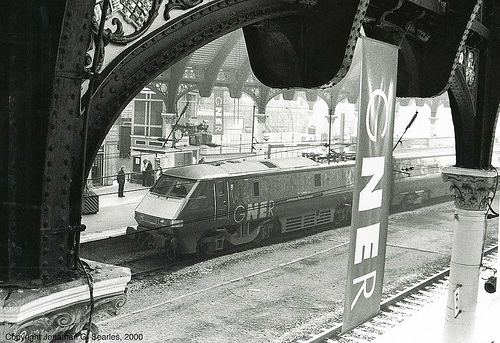 This was more or less certainly not taken in 2000, as I have no record of any trips to York in 2000, so the copyright date is wrong. It's probably like that because I had this photo in with my 2000-2001 darkroom stuff. I do I recall taking it while I was on a research trip to York, after going there had become routine but before I actually started living there (2002-2004).