Docklands Light Railway #78 From The Cab Of An Oncoming Train, London, England(UK), 2004 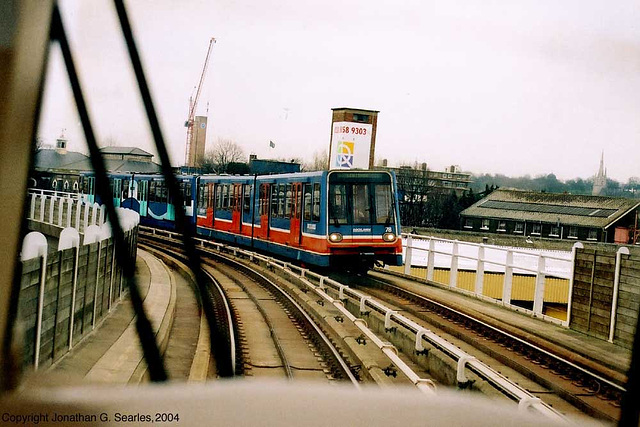 This is my first photo on Flickr taken from a train cab while the train was in motion, and my only shot ever taken from a moving train while I was in the driver's seat. The way I got away with this, as I don't have a license, was that I wasn't actually driving. Although all DLR trains can be driven manually, they rarely are, instead being run driverless using a version of Automatic Train Operation. Crews are then limited to a few ticket inspectors and station staff who catch fare dodgers and protect the public's safety. The driver's controls are locked up under a heavy cover while not in use, and the driver's seat is open to anyone...like me, which gives people like me a chance to get photos like this one.

Adam * has particularly liked this photo