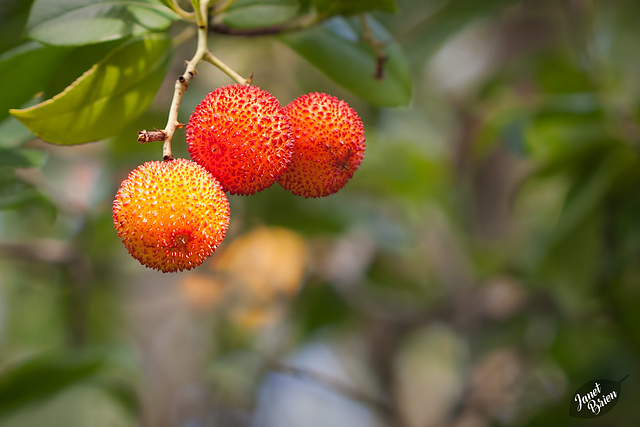 I'm back to posting pictures from my trip down to San Anselmo, and today I ran into a problem. Let me explain…

On our first day at Brian and Nathalie's house, I looked out the kitchen window and could hardly believe what I saw! A six-point Mule deer buck was calmly nibbling the grass on their hillside, a mere thirty feet away! Naturally I didn't have my camera with me, and by the time I got back with it, he'd wandered away. Shucks.

Fast forward a couple of hours. I'm wandering around their patio taking pictures and I look up…there at the same spot was a younger buck with four points! AHHHHHH!!!! I went over to the path up the hillside and slowly moved closer. The deer here are extremely used to people so I wasn't surprised when I was able to get much closer. He stared at me as I creeped towards him and only turned to walk off when I was about ten feet away.

I'd been focusing on him so intently that I didn't realize he wasn't alone. I noticed movement and was surprised to find yet another four-point buck AND the six-point beauty from earlier! All three of them were eyeing me but weren't especially afraid. I stood and took pictures as they moved around the grassy knoll, watching for any aggression on their part. All of us were calm and quiet so they ate grass and food from the trees and I got lots of pictures. Finally they walked away and I returned to the house, overjoyed at the encounter I had.

I ended up getting lots and lots of useable pictures but none of them were very spectacular. Also, they were close enough to trees and bushes so it was going to be some work to get reasonable separation in post-production. I really wanted to use a picture of the six-point buck but the only one that would work was going to be a tough image to fix up. I spent a long time working on the photo but my first attempt was just bad. I ended up working on a picture of one of the four-point bucks and it came out ok but he's walking up the hill and I don't know…it's just nothing special in my opinion.

Today I decided to give the six-point buck picture another try. The result was much better but I finally had to admit that it's just "OK". Not a picture I really want to feature as my Picture of the Day.

Ugh. So now what? I considered trying another deer picture but abandoned the idea because all of the images were either too similar to what I had or just not interesting enough. MEH!! I gave up on my deer idea. However, I am posting both pictures as insets so you can see! The six-point is a knock-out! But meh on the post-production.

I took a look at the pictures I've processed and decided on my Strawberry Tree Berries! These trees are popularly grown in urban areas and feature countless colorful berries that are prickly in appearance. The berries require a whole year to mature and finally ripen in about November in most places. The berries are edible and used in jam and liquor, though rarely eaten off the tree because of their fairly granular texture. The tree on Nathalie's hillside was positively bursting with berries in all colors from yellow to bright red. Such awesome photo subjects. I have included one more as an inset for you to see, and it has pretty white blossoms that are in bokeh.

Pam, I hope that you are doing well today after all the excitement of yesterday's scheduled appointment. Crossing my fingers for you…I hope that there will be some treatment which will resolve your issues! Worried but optimistic too…and wishing I could give you a hug!

Suggested groups:
50 comments - The latest ones

Jenny McIntyre club
What a fantastic experience you had. Deer are usually in reserves, or in moorland, mountains etc. I've never been as close to one as this though - you are lucky. Especially to have it munching away so close to the house. I think the photos are wonderful, you are too critical of your work at times. You take wonderful photos and these are fantastic. As for the Strawberry Tree berries - wow. I've never heard of this plant before and this is gorgeous.
21 months ago. | Permalink

Admired in:
www.ipernity.com/group/tolerance
21 months ago. | Permalink

Pam J club
LOVE THE TEXTURE OF THESE

JAY CALLED THE BRAIN SURGEONS (DR CHEEMA) OFFICE THIS MORNING AND I HAVE AN APPOINTMENT TO SEE HIM SO HR CAN SEE THE MRI RESULTS AND DISCUSS THE NEXT STEP OF RADIATION TEATMENT OF WHICH THE DATES AND TIMING WILL HAVE TO BE SET UP AND THE TREATMENT AGREED TO BY THE INSURANCE COMPANY . THE APPOINTMENT DATE IS 17TH JANUARY (WHICH IS ALSO JAYS BIRTHDAY.
21 months ago. | Permalink

Ronald Losure club
Janet, you are such a perfectionist. Thanks for sharing the great photos of the deer, even though you thought they weren't good enough. (I like the berries, too.)
21 months ago. | Permalink

Gisela Plewe club
Pam, not only your pictures...your stories are wonderful, too!
21 months ago. | Permalink

tiabunna club
I've never heard of strawberry trees, but the berries do look great. Come to a point, so do your images of the deer.
21 months ago. | Permalink

Marie-claire Gallet club
WOW, a marvelous series of pictures, Janet !!! Love the strawberries, but my favor goes to the deer ! What a lovely meeting !!!!!!!!!
21 months ago. | Permalink

Jaap van 't Veen club
What a beautiful bright and vivid colours; like the use of bokeh.
The PiP's are just outstanding.
21 months ago. | Permalink

Ulrich John club
Perfect, Janet ! Love how you composed this picture and I love the colors. And the fabulous bokeh !
21 months ago. | Permalink

Sami Serola club
Well, in my opinion those buck images are amazing! =O

I do admire your patience to strive for perfection. I wonder if you have sold your images because in my opinion they look so good that at least I would be interested to buy them if I were needing any nature photographs for any publications.
21 months ago. | Permalink
Janet Brien club has replied to Sami Serola club
Wow Sami...I'm so flattered by your comment! :) Thank you! No, I've never sold my photography... perhaps I should look into it? I am so delighted that you think it's that good! :)
21 months ago. | Permalink
Sami Serola club has replied to Janet Brien club
I truly think so. Competition is of course harsh, but if you find the right channel, it can be worth to try.
21 months ago. | Permalink

Ruth club
What a beautiful photo Janet. I love your story of the deer, we often see them wandering around here. My closest encounter was in Scotland when one suddenly leapt over a fence out of nowhere and stood looking straight in the kitchen window. I was so shocked by the time I’d grabbed the camera he’d gone.
21 months ago. | Permalink

Keith Burton club
Such a lovely story Janet.................it's wonderful when you can get so close to beautiful animals such as these deer. I think both photos of them are superb (and were probably just as good before PP), after all you're photographing them in their natural environment which isn't always perfect, much as you'd like it to be.

The main image is really beautiful............I love the detail and the vibrant orange and red colours and you have a really smooth background. Excellent work as always.

Joe, Son of the Rock club
The berries look superb; the colour, lighting and texture are all amazing. The shallow depth of field and the contrasting colour make the berries pop! Best wishes, Joe
21 months ago. | Permalink

Betty【ツ】 club
I think these pictures of deer and roe deer are very beautiful, you could have proposed one as the main picture! What a lovely meeting! Here I have to hide to photograph them when I see them, they are completely wild and moreover as it is the hunting season, they are more afraid than the rest of the year... 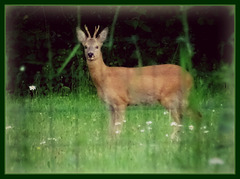 Andy Rodker club
Superb! This is the madroño and the tree features on the coat of arms of Madrid, together with a bear standing up and reaching for the fruit. The liquer it produces is fairly pleasant and is often drunk in very small glasses at the end of a meal here. The tree is prolific here.
21 months ago. | Permalink

Thanks for your visit:)
21 months ago. | Permalink

RHH club
Lovely colors and perfect depth of field, Janet. A wonderful shot, but that's what we expect every time you post something. The photos of the two bucks are wonderful as well, in fact, that six-pointer is magnificent. I'd be quite pleased with those photos, but apparently my standards aren't quite a high as yours.

We have a lot of deer around here, Columbia Blacktail, a small subspecies of Mule Deer. They often bed down in our back yard and even lick at the bird feeders or at the seed on the ground under them. They also leave a mess in the yard, though we put up with it for the sake of enjoying their presence.

An speaking of feeders, we have a pair of Flickers coming to the suet we put out. I've gotten some photos of them, too, and will post them in due time. Any movement or noise in the house, though, and they are away. They often watch from a dead tree in a corner of the yard and come when it appears safe.

Finished some bluebird houses and will put them up in a month or two - our yard is turning into bird central station. Haven't been as many birds this winter probably due to the milder weather we've had, but those that come we thoroughly enjoy, about 25 species thus far and more in the woods around.

Ice storm last night and it was a fairyland outside this morning, albeit a rather slippery fairyland. Took a walk and took about 250 photos though I haven't had time to go through them yet. The Ponderosas were unbelievable with every needle iced and the younger trees bending under the excess weight.

The weather was supposed to be warmer this week but we haven't seen much sign of it. Eagerly waiting for spring and for some orchid hunting, hiking and backpacking. Seems a long way off, but the days are getting longer and that's nice. All the best to you and Steve and your preparations for traveling.
21 months ago. | Permalink

gezginruh club
WOW!!
What a wonderful picture and PİPs Janet!! I admired!!

Roger (Grisly) club
Interesting narrative and a lovely series of images Janet, the main photograph is without doubt my favourite,
21 months ago. | Permalink

Eunice Perkins club
Lovely picture of the tree strawberries. I have never eaten them. I enjoyed your deer shots very much too.
21 months ago. | Permalink

Rosalyn Hilborne club
What a gorgeous picture Janet and I LOVE ALL the PiP's!!
21 months ago. | Permalink

micritter club
All four images are superb, as usual.
21 months ago. Translate | Permalink