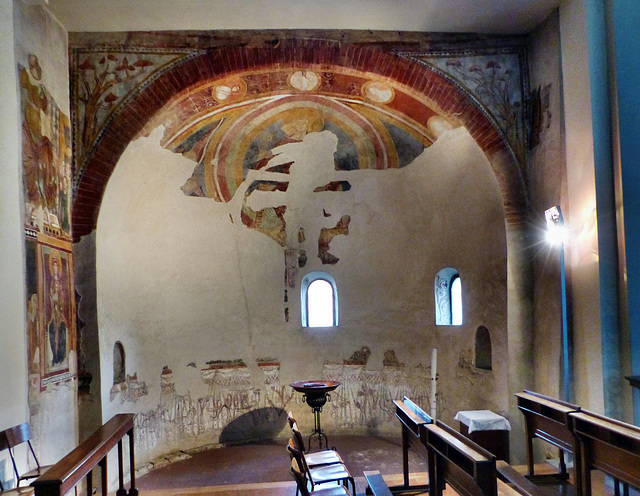 The Cappella Cittadini is one of these chapels. The apse once had a Pantocrator-frescoe, created in the late 12th century.
Suggested groups:
Comments