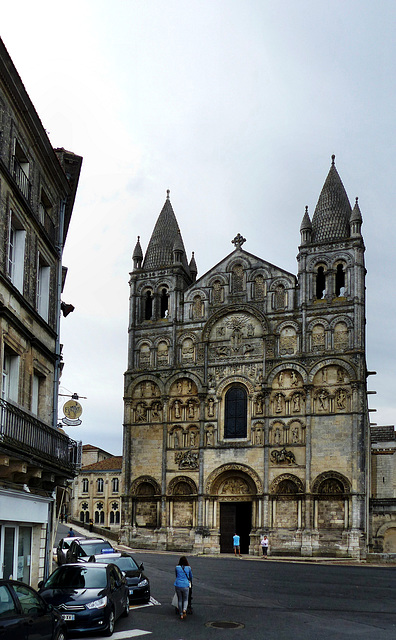 This church burnt down, when the Vikings (aka Normans) sacked the town mid of the 8th century. A third cathedral was constructed and was consecrated in 1017.
At the beginning of the 12th century, when the pilgrimage to Santiago boomed, this existing church was considered too small and too "humble".