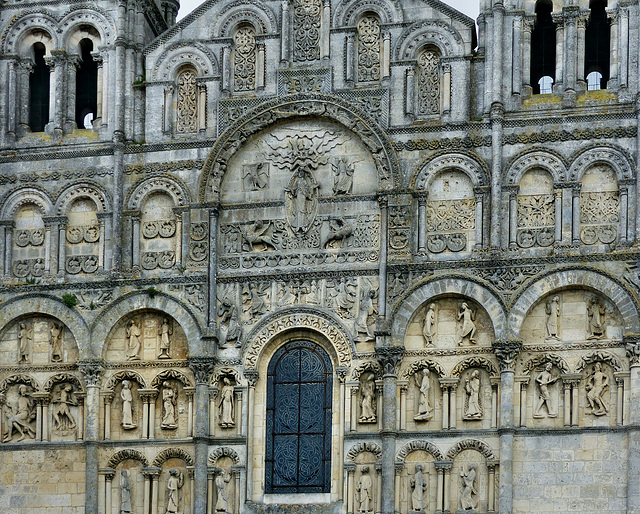 Here is the upper part of the facade, the oldest part of the cathedral, as the building process started in 1110 here. Seen in the Ascension. The carving style is basically typical for the Poitou-Charentes, but maybe a bit smoother.
Suggested groups:
Comments