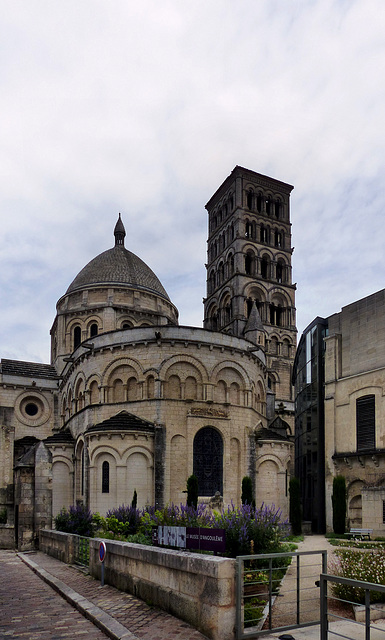 Seen here are the apse, the Romanesque bell tower and the dome the Cathédrale Saint-Pierre. The building to the right, once the palace of the bishop, now serves as the "Musée d’Angoulême".

Sonja has particularly liked this photo