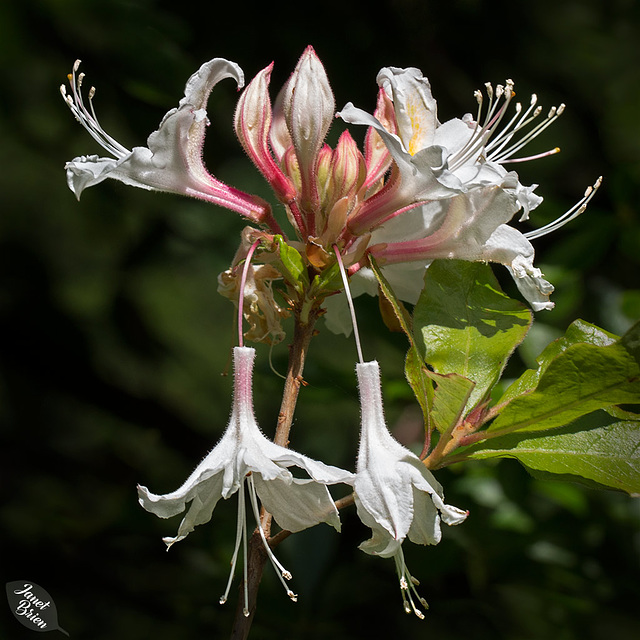 Preparations are Afoot For Covid Trip Part 2!
Steve and I are gearing up for our next trip and everything is falling into place!

We Got Our House Sitter Again!
We were worried about getting someone to watch our house while we were away because we didn't think the fellow who usually stays here could do it. This trip doesn't have a firm "end date" so we expected that to be a really big problem. However, it turns out that since Covid's turned the world upside-down, our friend's company has changed to allow the majority of its employees to work from home. So, instead of working in town, he can stay in our house and work full time! All of us are so happy!

Projects Are Nearly Complete!
When we got home, Steve had a list of important projects that he needed to get done…and one by one he's been finishing them and ticking them off the list!

Pictures of My Morning Walk Around Humbug Mountain State Park
I'd mentioned in an earlier post that I love to immerse myself in a state park's campground by strolling around its loops every morning. The show is a highlight of each day! However, I don't take my camera because I'm out for exercise and it gets in the way of my movement. So instead, I go on my walk again later with camera in hand and slowly cruise along, snapping away at everything that caught my eye earlier. So many pretty things to see!!

My main picture shows the very last flowers of the season for the Western Azalea. How lucky I felt to get pictures before they'd petered away! When I discovered this one remaining bush that had flowers, I crossed my fingers for at least one blossom that was still in good condition--imagine my joy when I found a number of them to take pictures of! I loved the pair of flowers hanging down like pendants to create a wonderful natural floral bouquet.

Insets Include…
…a trio of perfect Western Azalea blossoms
…three pictures which show the electric-pink blossoms of the Redclaws shrub (Escallonia rubra) and also called Red Escallonia,...I initially thought these were Red Currant flowers but Ron Hanko pointed out that they couldn't be because of the blooming time and looking closer, the blossoms are all wrong. After hours of searching between us, we began to wonder if the plant wasn't native. I came up with a plant I thought might be close but Ron was the one who figured out the answer to this vexing puzzle! YAYYYYYY!!! ALL HAIL HORTICULTURIST HANKO!! :D By the way, this plant is native to Chile and Argentina and has been naturalized in many other countries. It is now considered to be invasive.
…a Himalayan Blackberry blossom and leaf
…a pair of pictures showing Cow Parsley flowers and buds..they are so delicately beautiful up close, aren't they?
…an artistic study of leading lines and texture that stars a dried blackberry cane with a blade of grass falling into bokeh and another cane in the background which softly leads the eye back to the dried cane!

Thank You and Stay Safe!
All of your visits and comments are so deeply appreciated! I hope everyone is doing well in these virus-filled days and keep your guard up! Have a lovely rest of your week and enjoy your photography if you can! <3

Ruth club
This is a beautiful close up Janet. I’m pleased to hear you’re getting ready for your next trip. Stay safe and take care.
2 months ago. | Permalink

Marie-claire Gallet club
WOWWWWWWW, what a marvelous series, Janet !!! These flowers are all so pretty ! Stay safe and healthy !!!
2 months ago. | Permalink

Peter Castell club
A beautiful flower I've not seen one of those, I like the shot of the dead rose stem with it's wonderful details
2 months ago. | Permalink

RHH club
Fabulous photos, Janet, and you certainly chose the right one for your main photo. Aren't those Western Azaleas wonderful! The photos are all beautiful and I like the details you've captured. Should be fruit on the blackberries soon but the flowers are beautiful even if the plants are incredibly invasive. However, your photos of Red Flowering Currant are not that. Those flowers are deep pink and white and flower much earlier in the year: www.ipernity.com/doc/162835/37423542. I've looked and looked, however, and cannot identify what you've photographed. The glands on the flower stems and bracts make me think it is something in the Rhododendron/Azalea family but I can find nothing that matches.

Still very hot here and dry. There's been a fire near Cheney the town to the south of us. In the end it only burned about 17 acres but it was very near some homes and so the response was way out of proportion to the size of the fire. Hasn't been that bad of a wildfire season thus far, but we have a month or two to go nd a lot can happen in that time. Hard, though, to get motivated in such hot weather and even eating sounds rather distasteful.

We discovered that we had photographed a very rare Columbine while hiking. It is a variety of the blue and white Columbine (my favorite) so common in the Colorado Rockies. This, however, lacks both the spurs of a normal flower and the white petals. It had never been reported before from the area we were in. Also found a rare white form of Scarlet Gilia. I think you've mentioned that it grows on your property and found a couple of photos on your pages, but they were from hikes you've done. Anyway, we're used to seeing a few plants, but we found whole fields of them, red with them.

The wildflowers we saw hiking were truly incredible and my brother mentioned a facebook page for the Maroon Bells that had numerous comments about the abundance of this year's flowers. We certainly hit it right, though the weather was not always cooperative. We did weather the storms that came through in our tents, however, in one case setting up and then packing up after the storm and hiking for several more hours. Had hail several times though nothing large.

This covid thing seems to go on and on. We wonder if we'll ever see Neal again. They are super extra careful there and the restrictions are not going to be lifted until the whole business has cleared up. We're also off the Human Rights Committee. Our term was up but we had agreed to continue until the end of the crisis but trying to hold meetings over the phone was more than we could handle, especially since neither of us is very proficient with electronics.

Guess that's all the news. I'll keep looking for those pink flowers.
2 months ago. | Permalink

Jenny McIntyre club
These are fantastic pictures sweetie. I recognise that pink flower because I think I used to grow it in my other garden. I'll try and find out what it is for you. The pictures are so beautiful. I do envy you the excitement you must be feeling, knowing that you are soon to be on your way to another wonderful vacation. Good news that you have a house sitter, now you can really relax.
2 months ago. | Permalink

Pam J club
THE FLOWERS ARE SO BEAUTIFUL

RHH club
I've looked again, Janet and cannot find that pink-flowered shrub. It is really bugging me that I cannot come up with it.
2 months ago. | Permalink

RHH club
Found it! It's a non-native but naturalized plant called Red Claws, Escallonia rubra: "Escallonia rubra, called redclaws and red escallonia, is a species in the family Escalloniaceae which is native to southern Chile and neighboring areas of Argentina. Cultivated as a garden and hedging plant, it has become naturalized in western Europe, Oregon in the United States, and New Zealand, and is considered invasive in places. It is grown in many other areas, such as Australia. Its cultivar 'Crimson Spire' has gained the Royal Horticultural Society's Award of Garden Merit."
2 months ago. Edited 2 months ago. | Permalink

Esther club
In the east, azaleas are finished by the end of May. it is so nice to see them.
2 months ago. | Permalink

* ઇઉ * club
Beautiful series, Janet, and the azalea bouquet is an excellent main picture!
Have a great weekend and stay well!
2 months ago. | Permalink

Eva Lewitus club
All of them very special
2 months ago. | Permalink

tiabunna club
A lovely floral series, Janet. Glad that you and Ron managed to get the ID of the "mystery" flower.
2 months ago. | Permalink

Amelia Heath club
An absolutely superb series, Janet. The main photo s delightful and my all time favourite PiP is the close-up of the cow parsley. An abstract in its own right.
2 months ago. | Permalink