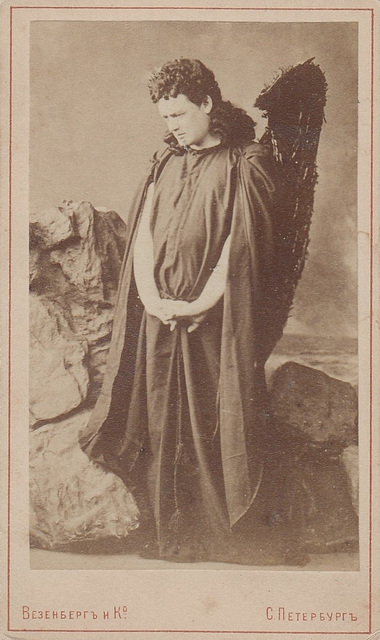 He studied at the Conservatory of St. Petersburg with the baritone Camillo Everardi. His stage debut took place in 1882 with a Russian touring opera company. He then sang for two years at Russian provincial theaters, especially at the Odessa Opera House. In 1884 he was engaged at the Mariinsky Imperial Opera at St. Petersburg. From 1900 on he also worked as first stage director at the Mariinsky. In this position he remained -even after the October revolution of 1917- until his death in 1923. During his career he made guest appearances in Germany, England, France and Denmark. His most memorable roles were Rigoletto and Jago (Verdi), Eugen Onegin (Tschaikovsky) and The Demon (Rubinstein). In 1923 he died in a car accident.

On the photo he is seen as The Demon in Rubinstein's eponymous opera.
Suggested groups:
Comments