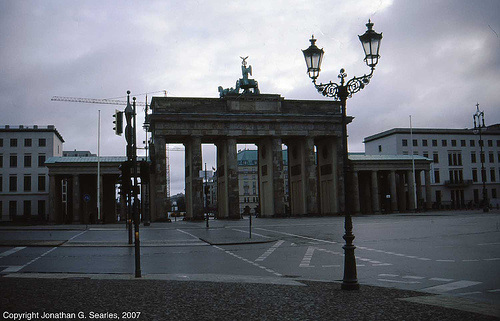 The Brandenberger Tor, or Brandenberg Gate, was constructed in 1788-1791 by the architect Carl Gotthard Langhans as an actual city gate, back in the days when Berlin was indeed a walled city with gates. It was the last, and most monumental of all the gates, and has long been one of the most recognizable landmarks of Berlin. This was an alternate to shot 1.
Suggested groups:
Comments