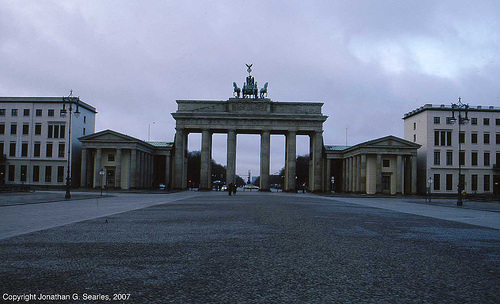 The Brandenberger Tor, or Brandenberg Gate, was constructed in 1788-1791 by the architect Carl Gotthard Langhans as an actual city gate, back in the days when Berlin was indeed a walled city with gates. It was the last, and most monumental of all the gates, and has long been one of the most recognizable landmarks of Berlin. I took this right after I took my black and white which mirrors it, using my MZ-10 loaded with E100GX instead of my Ikoflex, which had had Delta 100 in it.
Suggested groups:
Comments