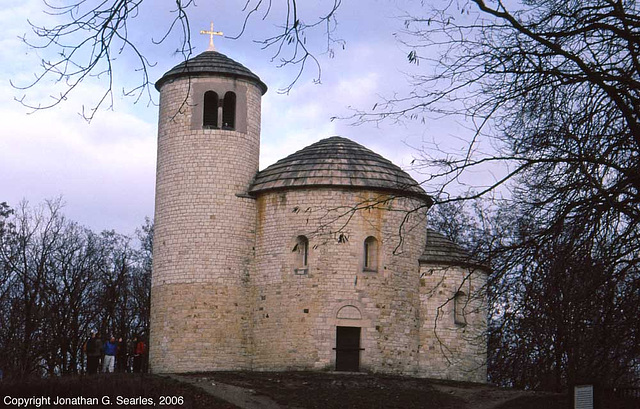 The Romanske Rotunda sv. Jiri, or the Romanesque Rotunda Of St. George, is the oldest Romanesque church in Bohemia, and one of the oldest in Europe, dating to the 10th Century. The location is significant, also, as legend has it that this was where Praotec Cech, the original Czech, decided to found Bohemia while surveying the land around him, as indeed this is the summit of Rip at 455 meters.
Suggested groups:
Comments