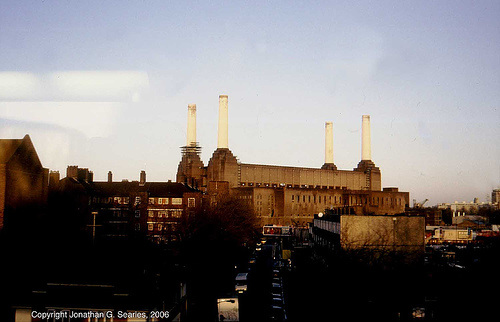 This is...yet another Battersea Park shot!! :-) This time, though, instead of viewing it from the LB&SCR mainline, we're seeing it from the old GWR. I think that this shot may in some ways be much better than the other one, though, in spite of the better detail on the other one. I like the color and contrast on this one better.
Suggested groups:
Comments