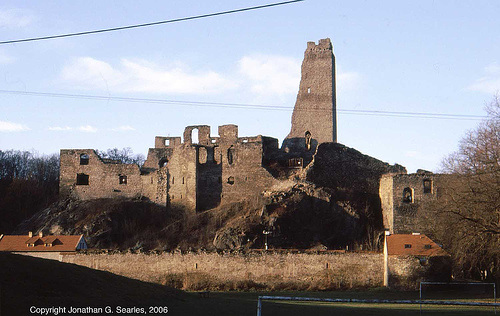 Okor is a ruined castle near Rip that is at least moderately well known. Hrad Okor was built by Frantisek Rokycansky, a wealthy burgher from Prague, and was later expanded in 1494 and 1590 by subsequent families, before coming under the control of the Jesuits in the 17th Century. They only maintained the castle until the late 18th Century, however, and the castle has since fallen into ruins. This doesn't stop tourists from visiting, however, and the castle is listed on a number of tourist websites.
Suggested groups:
Comments