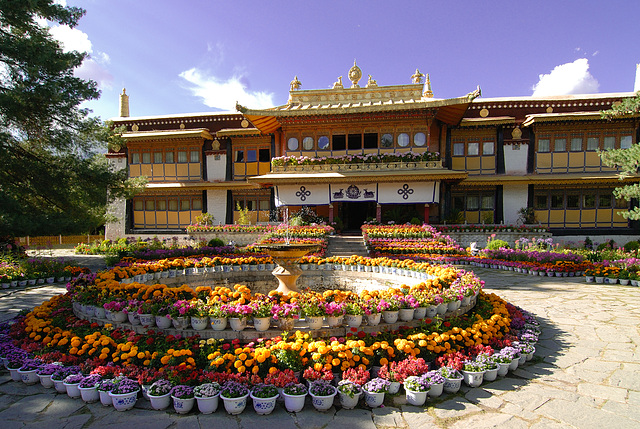 Norbulingka, meaning 'Treasure Park' in Tibetan, is situated in the western suburb of Lhasa City, at the bank of the Kyichu River, about one km southwest of Potala Palace. The garden covers an area of 360,000 square meters, with 374 rooms inside. It is the biggest man-made gardens in Tibet Autonomous Region.

Construction began in the 1740s. The area used to be wasteland with wild animals, weeds and scrub which the Seventh Dalai Lama liked and often visited, and, as a result, the Qing magistrate had a palace built. Years later, Kelsang Potrang was built by order of the Seventh Dalai Lama. Later it was used as the Summer Palace for successive Lamas, where they solved the political problems and held festive celebrations. After a series of expansions and renovations, the appearance was improved with potrangs, pavilions, gardens and woods. It has now been turned into a park open to the public.
Suggested groups:
Comments

Most interesting and beautiful
14 years ago. | Permalink