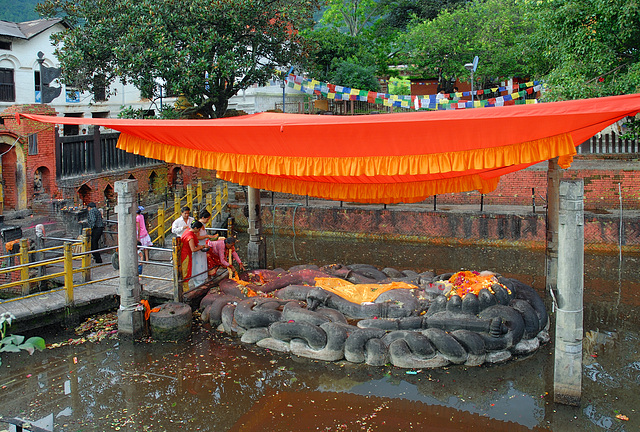 A few kilometers north of Kathmandu, at the base of the Sivapuri hills is a remarkable statue of Lord Vishnu, reclining on a bed of coiled snakes. The statue said to be sculpted from a single block stone, is set in the middle of a small pond and appears to be floating in the water.
The stone image is said to be one of three statues sculpted during the Lichhavi period and called Budhanilkantha named after the huge image of Lord Vishnu. The five meter long statue called Bhuijassi by the local Newaris of the Liccchivi – age settlement at the base of Shivapuri hills is also known as Budhanilkanta. The village, now also known as Budhanilkantha, used to be called Thaturi Drung’ during ancient times.

grey_hound_49 has particularly liked this photo