Barkhor Square in front of the Jokhang Monastery 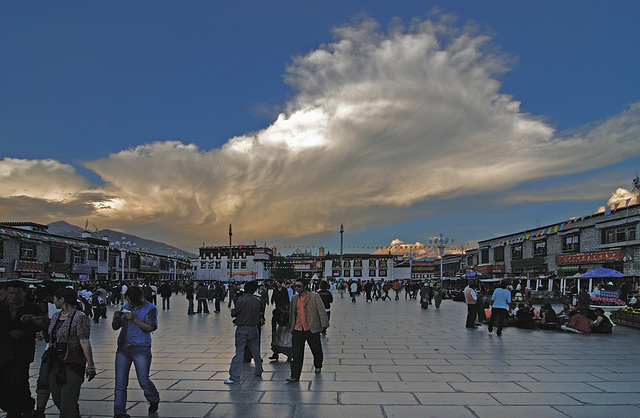 Barkhor Square, the approach to the complex taken by most tourists today.
The sky shows a dramatic spectacle.
It is a large plaza built in 1985. The clockwise barkhor circumambulation is close to Johkang Temple, which is a permanent stea. There are totally four sangkangs (a stone building with a shape of pot-belly) in the Jokhang: behind the first two there are two joined enclosures, the other two are regarded as the rear of the Jokhang.