Inside the Cao Dai Church in Tây Ninh 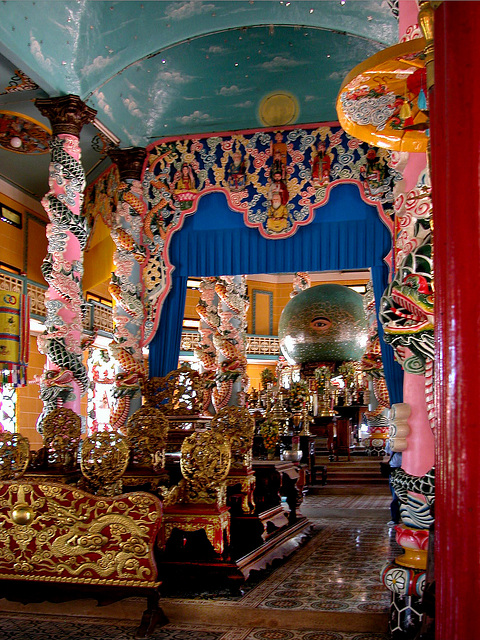 Caodaism is a syncretistic religion which combines elements from many of the world's main religions, including Buddhism, Confucianism, Christianity, Hinduism, Islam, Judaism, Taoism, as well as Geniism, an indigenous religion of Viet Nam.