Silhouettes of temples on Bali 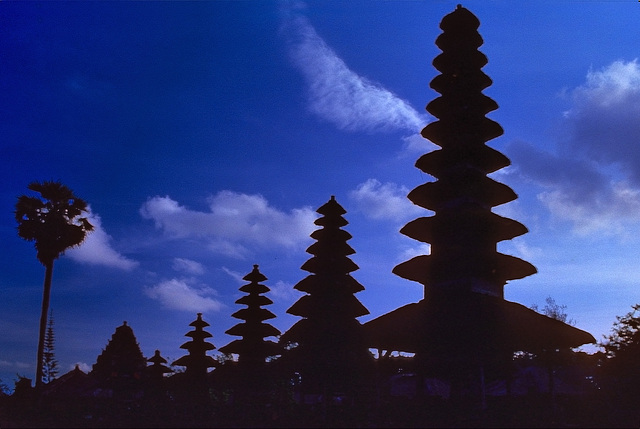 Bali is an island of temples. The Department of Religion has cataloged at least eleven thousand temples - small and large, local and regional. The Balinese call a shrine palinggih, which simply means "place" or "seat" and refers to any sort of temporary or permanent place toward which devotions and offerings are made. In no case is the shrine itself considered sacred; the shrine exists or is built as a residence for sacred, or holy, spirits - either ancestors or Hindu deities. Balinese temples are not closed buildings, but rectangular courtyards open to the sky, with rows of shrines and altars dedicated to various gods and deities. The gods are not thought to be present in the temples except on the dates of the temple's festivals, and therefore the temples are usually left empty. On festival days the congregation of each temple assembles to pray to and entertain the visiting deities.
Suggested groups:
Comments