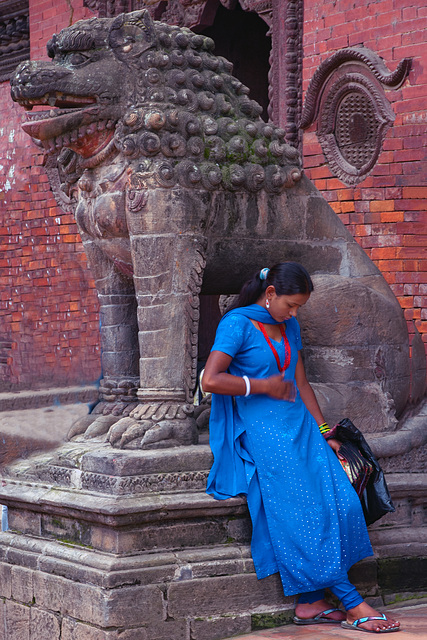 The Newa (Nepal Bhasa:नेवाः Newa or Newah, Old Nepal Bhasa:नेवार Newar, नेवाल Newal) are the indigenous people of Nepal's Kathmandu Valley. Newars are a linguistic community with multiple ethnicity/race and faith, bound together by a common language. The term Newar applies roughly to the descendants of citizens of Medieval Nepal (consisting of Kathmandu valley as the capital and the territory ever changing with farest extent being Gandaki river to west and Koshi river to the east, Tibet to north and Terai in south). Their common language being Nepal Bhasa ("Newari" according to Statistics Nepal) or the languages progenitor of Nepal Bhasa. According to Nepal’s 2001 census, the 1,245,232 Newar in the country are the nation's sixth largest ethnic group, representing 5.48% of the population. Nepal Bhasa is of Tibeto-Burman origin (but heavily influenced by Indo-Aryan languages like Sanskrit, Pali, Bengali and Maithili). Nepal Bhasa also contains Austro-Asiatic words and phrases. In 2001 the language is spoken by 825,458 Nepalese as their mother tongue.