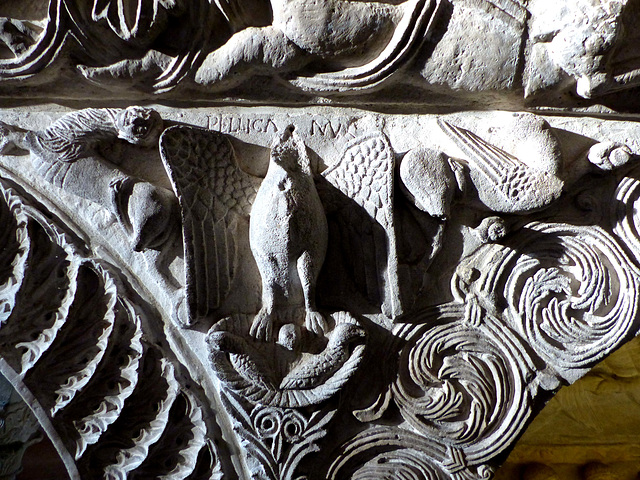 
The pelican, standing over it´s nest, is a symbol of the sacrifice of Christ. It has lost the head just like the griffon to the left. The manticore (a lion with a human had) on the left is pretty "intact".
Suggested groups:
Comments