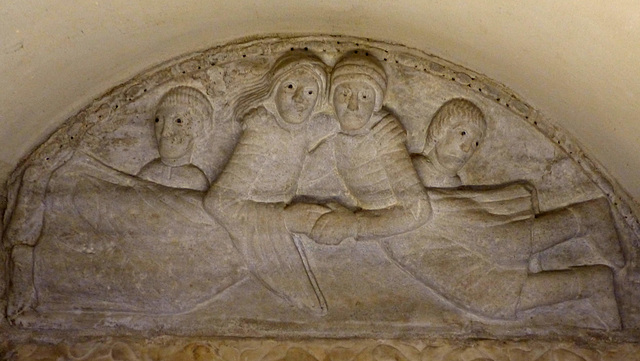 Couples can often be found in medieval art, but "love-couples", like this one, are pretty rare. Here both partners "float" doing a handshake, the other hand rests on the partner's shoulder.
Suggested groups:
Comments