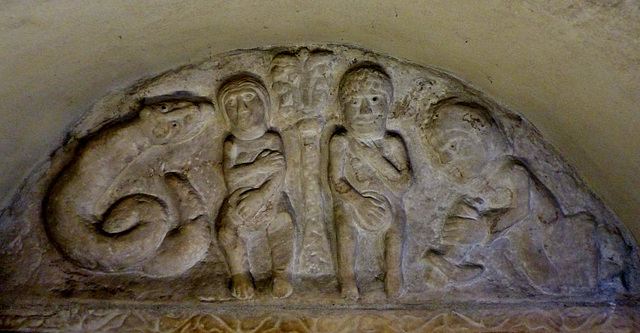 The huge snake, Adam and Eve (between them the tree of knowledge) and to the right a man working with a hack. This is probably Adam again, illustrating

"Cursed is the ground because of you; through painful
toil you will eat food from it all the days of your life.

It will produce thorns and thistles for you, and you
will eat the plants of the field.

By the sweat of your brow you will eat your food.."