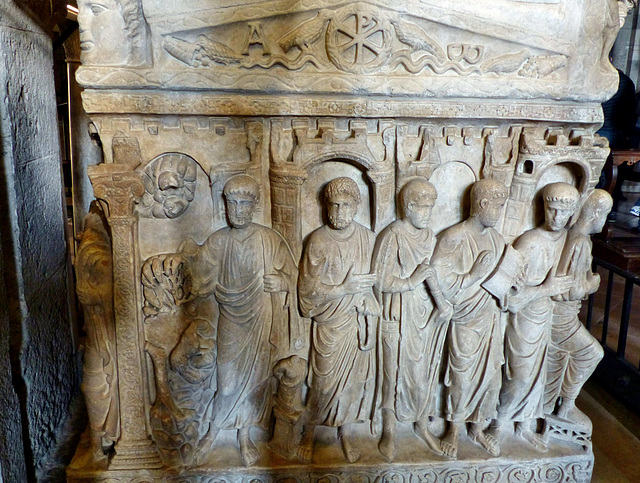 It is unknown, for whom this wonderful early Christian sarcophagus was made about 1700 years ago. It was surely important enough to be placed here and used as the base of the ambo. Two birds hold a chrismom, flanked by Alpha and Omega.
Suggested groups:
Comments