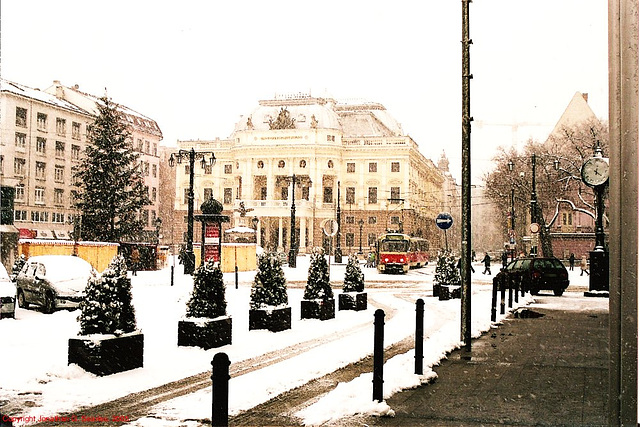 It was snowing quite heavily when I took this, as it was December, but the primary subject here is the Slovenske Narodne Divadlo, or Slovak National Theatre, which is that big building to the left of the tram. There are actually two National Theatres, however. This is the older one, dating to 1920 (although it looks older, and it is, as you'll read below), and then there's the modern Slovenske Narodne Divadlo, completed in 2007, which had yet to open when I took this. In actuality, this building predates 1920 as a building, having originally been built in 1886 as the City Theatre.
Suggested groups:
Comments

I think around that time Bush and Putin had come to Bratislava...
13 years ago. | Permalink

I mean exactly on this square