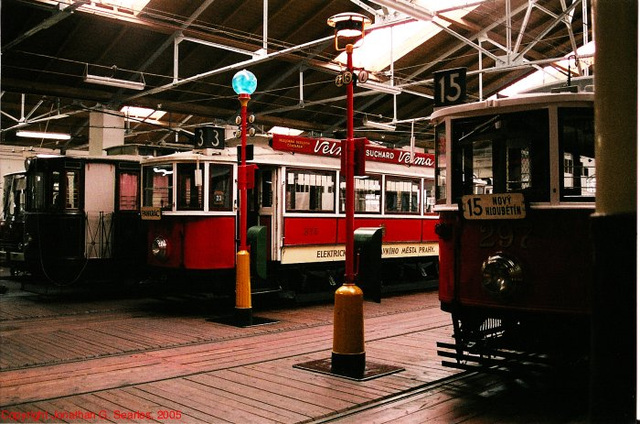 Well, you know about 88 and 275 if you've seen the dedicated photo for them, so...I'll describe 297. What you can't see here is that 297 is actually a three-car set of 297, 638, and 608. Today, it's very common to see T3 and T6A5 trams running in pairs in Prague (I usually only note the number of the lead unit, or the number of the unit visible), but prior to the 1980s it wasn't uncommon to see three-car sets, and an unpowered version of the T3 was even experimented with for a time. In any case, as for 297 itself, it was built in 1909, although it was rebuilt in 1946.
Translate into English
Suggested groups:
Comments