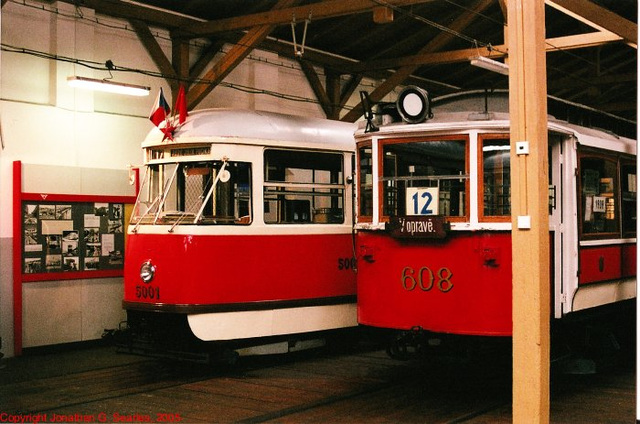 #608 was mentioned earlier, it being a trailer in the 297/638/608 set. #5001, however, is much more interesting. Starting in 1951, DPP began replacing their old (mostly) CKD four-wheel trams with Tatra eight-wheel trams, the most numerous being the T3. The T3, however, wasn't introduced until 1960, so really I'm being misleading. The first of the breed was the T1, pictured here. I'm not aware of whether 5001 was the first, but it's the oldest surviving T1 in DPP's fleet. #5002 is sometimes used on service 91, and I have at least one photo of it on Flickr.
Translate into English
Suggested groups:
Comments