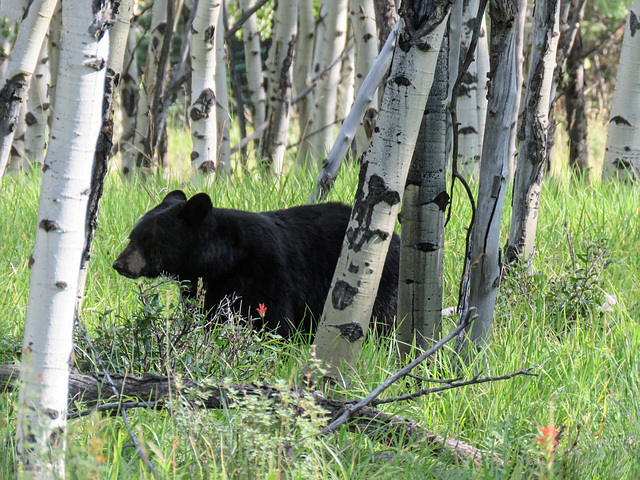 This was the second of two Black Bears that we were lucky enough to see on this day in Kananaskis. The first one we saw (photos posted some time ago) was most unexpected, on a distant hillside. This second one was also a real challenge as it didn't stop walking and disappeared into the trees.

THIS IS SUCH A WONDERFUL PHOTO ! AMAZING