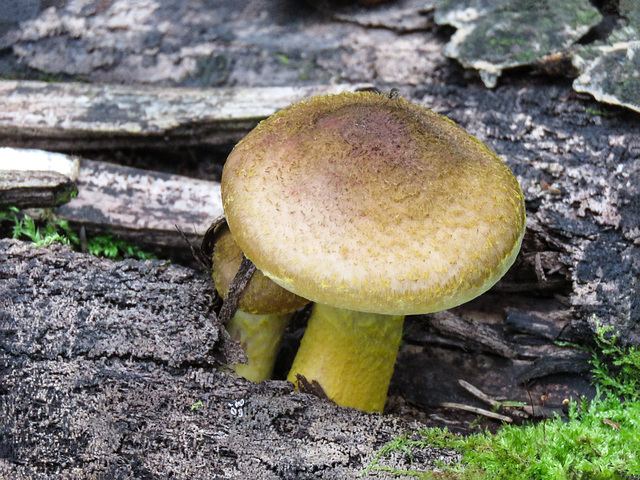 I have never seen so many Honey Mushrooms before - they were everywhere! The mushrooms are edible, but some people may be intolerant to them.