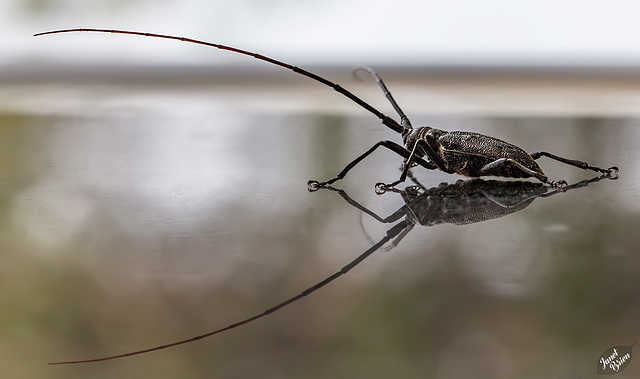 Photography Immortalizes the Wonders We Witness
How often do you see a picture you've captured that leaves you feeling astonished and awed by the subject? It's so amazing to have this miraculous technology at our fingertips. It used to be for just the devoted professional. Now everyone has access to the simple aim and press of a button to make a lifetime memory. It's wonderful. Better still, with that rise in technology, resulting image quality has increased exponentially so that no matter who you are, the pictures are better than ever. How incredible that a recording a lifetime of high-quality memories is available to everyone!

Macro Bokeh Junkies Still Need DSLRs
Even though technology has made it easy for anyone to capture awesome shots, there is a limit. If you want to take macro pictures that have stellar bokeh, you still have to step up to the big league and use a DSLR with a dedicated macro lens. I will never forget how hard I tried to force my point and shoot super zoom camera to create the type of pictures my husband was capturing with his (current at the time!) Canon 5D + 180mm macro lens. As a budding photographer, I learned what "bokeh" meant and why I simply couldn't get what I wanted out of my marvelously versatile super-zoom. It was infuriating, but I sure learned a lot! Finally I gave up and waved a white flag of surrender. It took a lot to learn how to use a DSLR--and I will always be working on my education!!--but I instantly fell head over heels in love with my Canon 5D MkII and the incredible 100mm 2.8L lens. Oh, that creamy, lovely bokeh! (I also learned that I don't like to use the 180mm lens because even though it's creates the best bokeh, it's way too heavy and requires a tripod: no thank you!)

NOTE: Since I moved up to a DSLR in 2011, the quality of macros you can get from camera phones and point-and-shoots has gotten incredibly good! In fact, my new 8x superzoom Sony camera captures fantastic macros with very nice bokeh--much better than my old 30x Canon PowerShot! Phone cameras also have astonishingly good macros and really super bokeh too. The lay person won't be able to tell the difference but bokeh junkies won't be satisfied.

Today's Picture
I was returning to the RV one morning after creeping around with my Canon and macro lens when I looked at our RV and nearly fell over. HOLY MEN IN BLACK BATMAN, LOOK AT THE SIZE OF THAT BEETLE!!! Hanging out on one of our many picture-sized windows was a ginormous long-horned beetle. This is the largest beetle in the United States, growing as large as 2.6" in length! (I found a picture of someone holding one so you can get a better understanding of just how huge these critters are.) Though enormous, the pine-borer was well-camouflaged on the black-tinted glass and I nearly missed seeing it as I rounded our trailer that morning. It was positioned high on the glass soI had to hold my camera up and brace my elbow on the trailer so I didn't shake. Most of my pictures turned out so blurry I had to laugh. I needed to be sure I got something crisp so after a bunch of attempts I returned with my macro flash, but most of those were blown out despite the settings I fiddled with. It's hard when your subject is on a reflective surface! But in the end, I was successful. My main image was one of my first pictures, taken without a flash. Would you just look at that awesome bokeh?! All these years later and I am so madly in love with my 100mm 2.8L lens…can you blame me?! :)

Today's Insets
Inset 1: the first picture shows another view of this amazing beetle, taken with the macro flash. I spent some time removing the harsh reflected shadow and the result, processed in b/w, turned out well I think! Isn't the pebbly texture on its back cool?!

Inset 2: this is a close-up of the male pine cone I shared a couple of days ago. The texture is just awesome!

Inset 3: yet another picture of the lovely Ground Smoke flowers I saw on one of the campground loops. Even though the bush was literally right next to the current resident's trailer, I bet they never even saw this treasure! I nearly missed it myself…only the breeze and sunshine that caused the tiny flowers to glimmer and flash got my attention.

Inset 4 & 5: this is a macro view of a large species of coralroot orchid that I found at LaPine (In my last presentation I shared a pair of images that showed a smaller species with a hungry wasp on it). These dried pods remind me of Chinese lanterns and glowed beautifully in the sunlight. You can also see the sticky carpet of resin balls on the stems and stalk…don't touch!! Inset 4 shows a picture of two dried stalks and the pods that dance up their length.

Inset 6: the impossibly neon-yellow color of this Powdery Sunburst Lichen cannot be missed. I found it growing everywhere and though I took many pictures, experience warned me that they'd be blown-out no matter what I did. This picture has pretty good exposure but the bright areas still suffer. I needed a day with heavy cloud-cover so I'll try again in the future!

Thank You!
I hope all of you are having a super week. Stay safe, dry and warm and thank you so much for your visits! You know how I feel about you guys!! YOU ROCK! :)

... totally a wonderful posting: photos and narrative ...
2 weeks ago. | Permalink

ok ok ok...that expression you probably shouted in a loud voice upon seeing the "creature" with humungus antennas is just as out of this world as the creature itself. THANK YOU for being Janet!! Miss reading you and enjoying your pics. Totally in love with the whole series my dear pod sister. Stay well and be safe. HUGE HUGS!!!
2 weeks ago. | Permalink

Wow ! Great with the reflections, Janet !
2 weeks ago. | Permalink

What an interesting beetle! And the other insect close-ups are top class!
2 weeks ago. | Permalink

A superb capture Janet with a wonderful background
2 weeks ago. | Permalink

Very nice macro. The reflection makes it stand out as an image.
2 weeks ago. | Permalink

These (or near relatives) are devasting oak trees in Europe, sadly. Great capture!
2 weeks ago. Translate | Permalink

You wouldn't see me for dust, if I were to come across one of those beetles. They're huge!!! Yet again, you've taken some wonderful photos, the macros are just fantastic. I just have to make do with my little Canon Snapshot. I can't afford to buy the one I really would like, so I just make do with the one I have. One day I will, one day!!!
2 weeks ago. | Permalink

A wonderful collection of macros you are presenting us, Janet
and I fully agree with your remarks below the picture!
Best wishes from Hamburg!

Wonderful reflections; it looks quite scary !!
2 weeks ago. Translate | Permalink

you posted an important Question :
"How often do you see a picture you've captured that leaves you feeling astonished and awed by the subject? "

Yes Janet, that's what it all is About ! it happens to me quite often here at IP
2 weeks ago. Edited 2 weeks ago. | Permalink

Great serie of critters there!
2 weeks ago. | Permalink

A marvellous macro series, Janet, but that reflection in the main image really knocks me over - what was the Longhorn Beetle sitting on? Best wishes for the Easter weekend.
2 weeks ago. | Permalink

excellent close up nicely taken with those reflections !
2 weeks ago. | Permalink

A phenomenally good series of macro images Janet..!! I especially like the main image and the other beetle images! First Class work.

I would disagree that you need a DSLR to take great macro images with good bokeh. Some of the best macro shots I've seen have been taken with bridge cameras and most of the Olympus Micro Four Thirds cameras are also excellent, especially with the dedicated 60mm macro lens. Each to his or her own though...........it's definitely the photographer, not necessarily the camera that counts..!!

I hope you have an enjoyable weekend............and above all, stay safe!
2 weeks ago. | Permalink
Janet Brien club
has replied to Keith Burton club

Oh cool! So you've seen super creamy bokeh with bridge cameras?! I'd love to see them, how wonderful!! It's so important to have this technology available to more people than just the obsessives. I have gotten some very nice bokeh with my bridge camera but it still isn't as good as my dedicated macro lens. So far I haven't seen anything as nice, but maybe I need to be shown-- I would be delighted to see outstanding bokeh with an all in one!
2 weeks ago. | Permalink

So beautiful. Wonderful details and a super composition.
2 weeks ago. Translate | Permalink

A fantastic study of this longhorn and its friends...the reflections and the bokeh around are marvellous dear Janet!
Happy and healthy easter and stay safe :)
2 weeks ago. | Permalink

Looks like we'll have to check out LaPine, too! We've just gotten gas in town on the way to/from Bend/Lakeview/Willamette Pass.
11 days ago. | Permalink