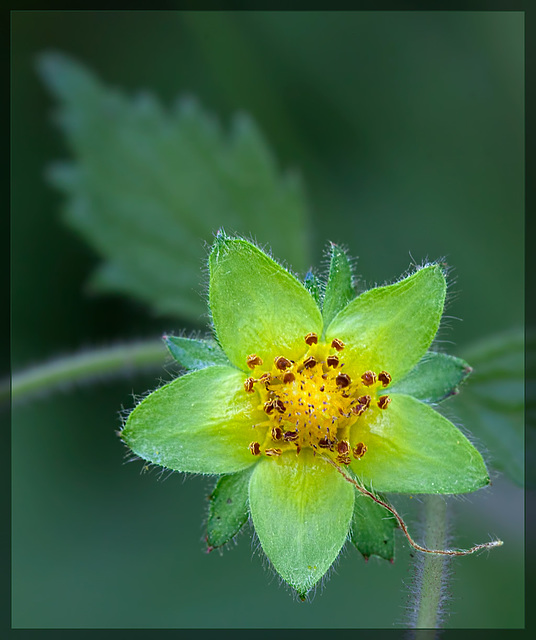 In 2012, I was working on a photography project called "The Flowers of Spring & Summer" where I attempted to photograph and document all of the flowers that bloomed on our property. What a project! Let's just say it's a work in progress, because I'm hardly finished!

This is a Sticky Cinquefoil blossom after its petals had fallen off...and it still looks like it has petals! You can see what the full blossom looks like if you roll your cursor over the upper left corner. I thought it might be another species until I realized that it had merely dropped its petals, and the sepals that remain look like another kind of flower! :D

Heidiho club
I like this green variations
4 years ago. | Permalink

Admired in:
www.ipernity.com/group/tolerance
4 years ago. | Permalink

Keith Burton club
I think this looks much more beautiful without the petals Janet. The colour combination of greens and yellows with a touch of red is just brilliant :-)) Another masterpiece!
4 years ago. | Permalink