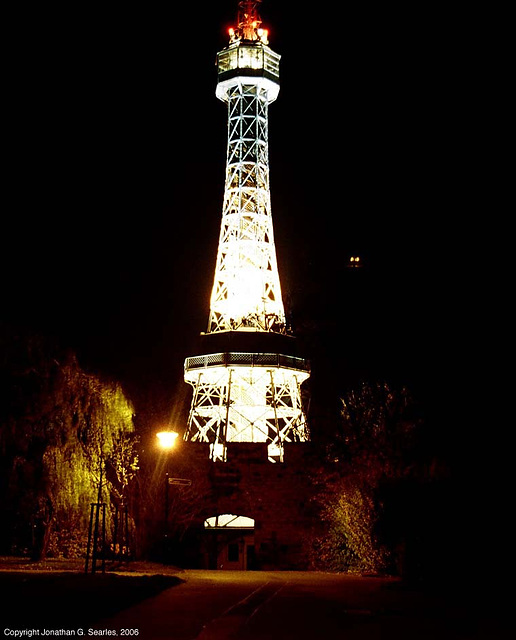 The Petrin Watchtower was built for the same 1891 exhibition that the Lanova Draha was built for, and indeed the Lanova Draha is the most convenient way to access it from the city centre of Prague. It was based on the Tour Eiffel (Eiffel Tower) of a few years before, and the resemblence is striking. This is one of my best all-time night shots, I think, although that mysterious light to the right of the tower isn't all mystery. One could say it's nothing but a distraction. I'm not sure, but I think it was an aircraft that happened to be there at an inconvenient time.
Suggested groups:
Comments