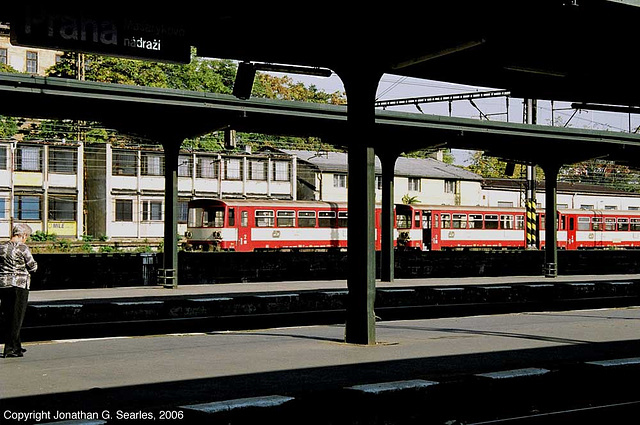 These 810 Class railbuses are everywhere in the Czech Republic, or at least I've seen them everywhere. They're not new, either, as they first entered production in 1973, and were built until 1984, always by Vagonka Tatra Studenka a name that is usually abbreviated Stud. The 810s are diesel-hydromechanical, like most railbuses, and are very quick to start and stop, although their maximum operating speed is only 80Km/h (about 50 m.p.h.). That last thing doesn't matter, though, as they're mostly used for local services on very primitive branchlines where the speed limit is usually closer to 40Km/h. Their only real vice, if you assume that you want a railbus for moving small numbers of people in local services, is that like most railbuses, 810s are noisy and not particularly smooth, although they're probably not as bad as the ex-BR Class 144 Pacers used in Britain.
Translate into English
Suggested groups:
Comments