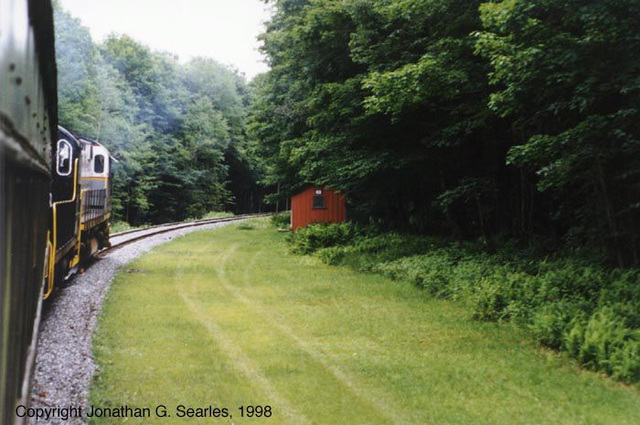 The 1998 NRHS Convention was based in Syracuse, New York, and hosted by the Central New York Chapter. Nevertheless, because of Syracuse's close proximity to Utica, the Utica & Mohawk Valley Chapter also played a key role, along with the Adirondack Railway Preservation Society (ARPS). The biggest event was, in my opinion, the re-opening of the Adirondack Scenic Railroad from Utica-Thendara, which had only been run once before since restoration, in 1997, when it was run for volunteers and dignitaries (the railroad is run completely by volunteers from the ARPS and NRHS). This was on the way back at Nelson Lake, a station that's privately owned, and while on the employee timetable, no longer an active station.
Suggested groups:
Comments