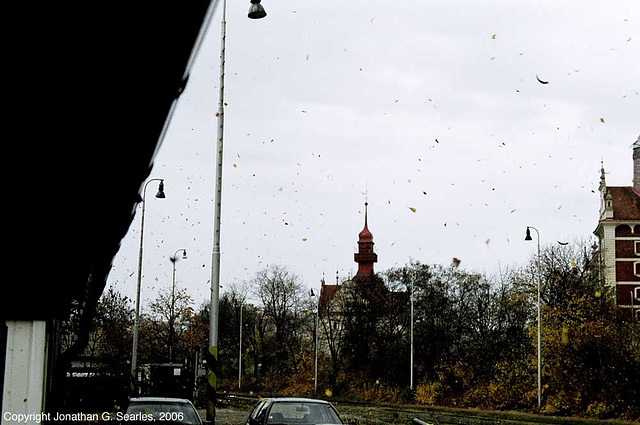 Here's a somewhat unusual shot I got seconds before a heavy rainstorm hit, of Fall leaves actually airborne. The real scene was even more dramatic, by I had to reset my camera and in the time I lost I was left with a less dramatic shot. I hope you don't mind. :-) In the foreground you can see Nadrazi (train station) Branik, and in the background you can see the Branik Pivovar (brewery), which is also known by several other names. Although it was recently acquired by Staropramen, and rumors flew about its shutdown, it doesn't look abandoned yet. Just in the past week (third week in November, 2006), I've seen exhaust coming from the smokestack and employees coming and going.
Suggested groups:
Comments