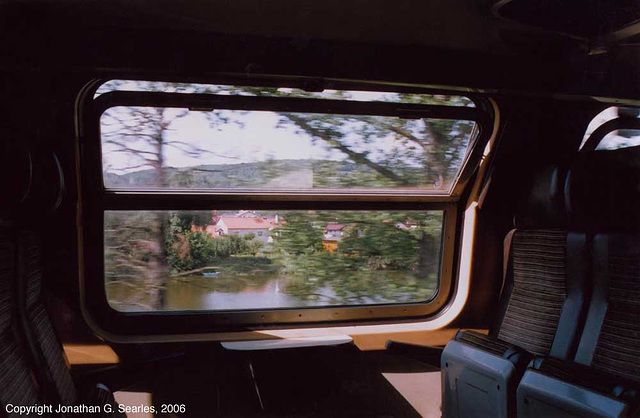 Ceske Drahy inherited a fleet of Russian bi-level coaches from Ceskoslovenske Drahy, and these are still in service, if old (see my picture of Tynec yard). They're cramped, dirty, somewhat rundown, and very hot in the summer, though, so they're far from ideal, even if the view from the upper deck is cool. Ceske Drahy must have been thinking of this, as well as the better passenger capacity in proportion to tare, when they ordered their fleet of bi-level EMUs, Classes 471 and 971, from a consortium of CKD and Skoda in the late 1990s. The oldest of these is already 10 years old, but surprisingly, they've been kept up enough so that they still seem relatively new. The upper deck is the best part, though. :-) I took this on the way to Karlstejn.
Suggested groups:
Comments