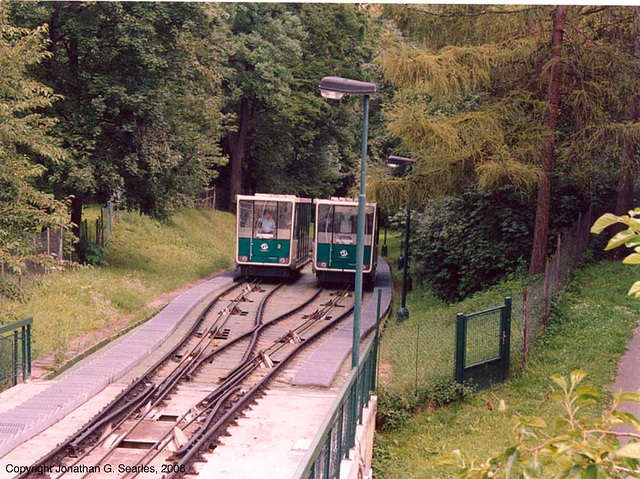 The Lanova Draha, or Funicular Railway, in Prague is one of the wonders of the city, and its ridership has always consisted mostly of tourists. Nevertheless, it's a green and easy way to get from Ujezd to Petrin without climbing the hill. Great for lazy...well...tourists. :-) It's also great for railway enthusiasts. It looks new, of course, but this is because it was thoroughly rebuilt in the 1980s, and so the track, tram cars (trains?), and stations are all new, with the notable exception of the Ujezd station, which is original. The original Ujezd station, and the original Lanova Draha, were built in 1891 for the same exposition that the Petrin watchtower was built for. It has since been rebuilt several times, and actually this latest restoration, surprisingly before the end of Communism, is one of the most successful, as the various rebuilds have been required by the whole system's falling apart again and again.
Suggested groups:
Comments