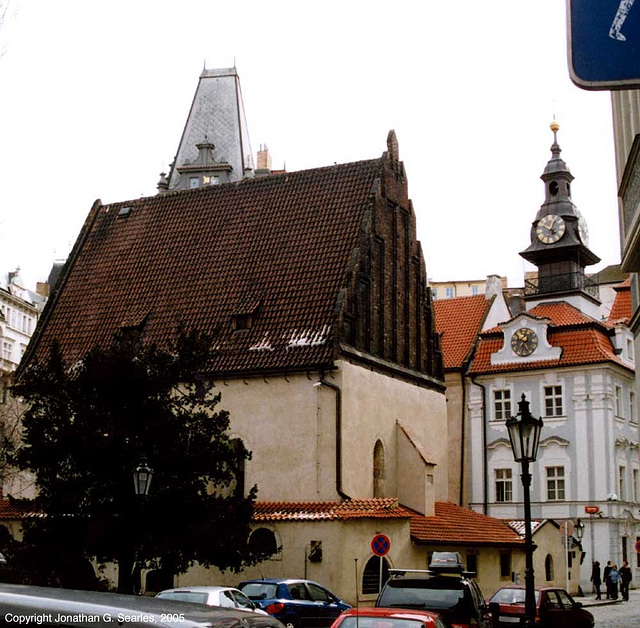 Built in 1270, the Staronova, or Old-New, Synagogue is considered by many people to be the oldest in Europe. It's called the Old-New because an even older synagogue, the Old-Old, predated it, although it was demolished in 1867 to make room for the Spanish Synagogue, which still survives. Behind the Old-New, you can see the Jewish Town Hall, as Josefov, the former Jewish ghetto where this picture was taken was governed seperately during its years as a ghetto.
Suggested groups:
Comments